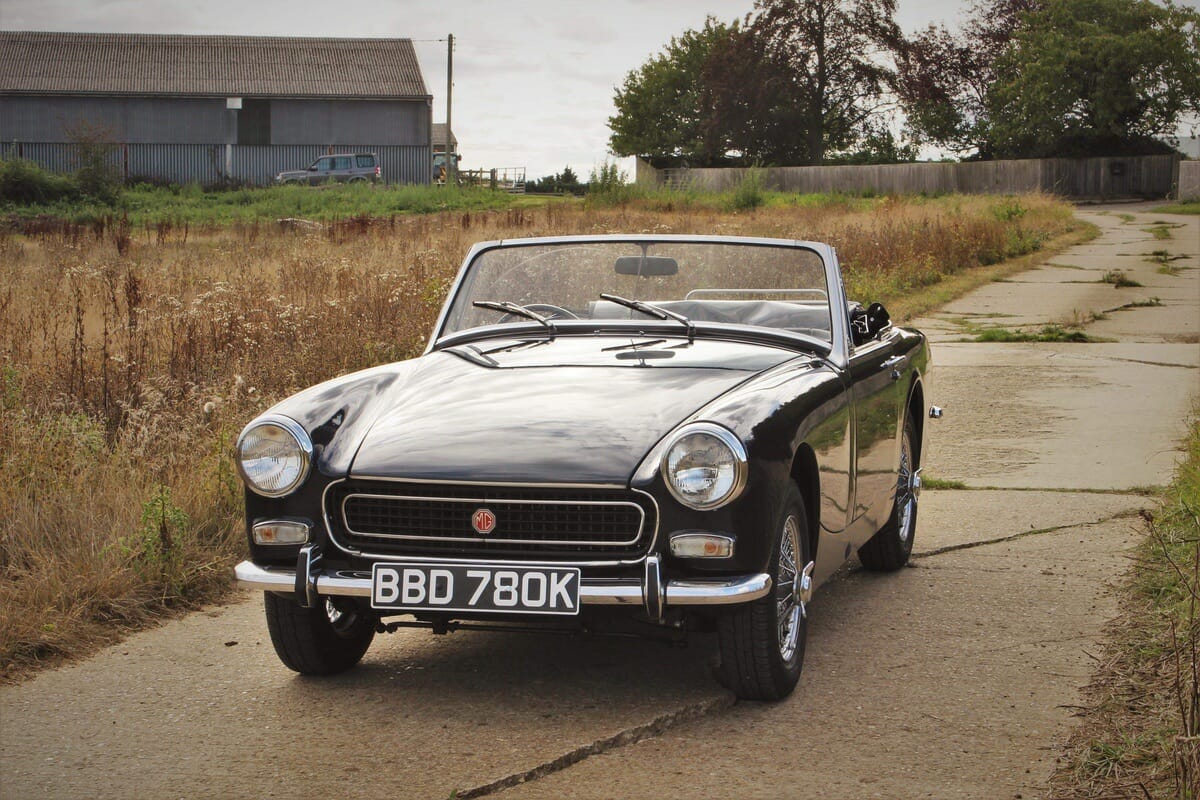 I sold this car to the last owner who unfortunately has died, only in his 50’s too, very sad.  He had gone through this car and rebuilt lots of components such as front and rear suspension, new brake calipers, brake discs and pads, engine out to fit a new Borg and Beck clutch, slave cylinder and rebuilt master cylinder, new exhaust, new chrome bumpers. New dual oil/water gauge, new water pump and hoses, new ring gear, four reconditioned shock absorbers,  He bought this one as it was a Heritage bodyshell so all solid metal, no poor quality welding or underseal covering rust!

The previous owner Derek Trimmer had owned it many years and had it rebuilt in year 2000 as the body had got too rusty. He bought the bare shell as he had already replaced the Bonnet and front wings a couple of years previous to this.

At the time the MG garage that did the work transferred all the old parts from his car onto the new shell hence 20 years on these all needed work which the last owner has 80/90% done.   There’s a few small things that need changing to make it really nice.

Such items are windscreen rubbers, door window rubbers, dash crash rail. Carpets are ok but would look better with a new set, same with the trim.

The inside of  boot has been hand brushed Black so could do with spraying Blue or fitting a carpet set to look nice.

Paintwork and bodywork is Good but there’s a few small dings and scratches here and there. The only small area of rust is on the bottom of the passenger front wing where it meets the A post. I can send you a photo but it’s hardly noticeable.

It does have Chrome wire wheels Which aren’t brand new but quite respectable with decent tyres and he’s fitted some new wire wheel hubs.

I need to fit a new Battery and bleed the clutch again and we will check all he’s done and sell it with a new 12 months MOT but the small items that I think want doing I’ll leave  up to the buyer.  In fact there’s a box with new seals he’s already bought but not fitted.

It’s a few weekends work that can be done in the Winter.